I’m Vivek Singh and today I’m going to share my 3 days experience of the Jaisalmer trip which I had with a fellow traveler, Mr. Rathore. This was the first trip we had planned so after India’s lockdown in 2020 due to Covid -19 Pandemic. I always wanted to tour the Golden City of Rajasthan, and see the Thar Desert. I started my trip from Delhi and toured the desert city of Jaisalmer, which is the best place to go if you want to see the Thar Desert in all its beauty. I had booked a Jaisalmer Tour Package from SRM Holidays. We got an offer price of INR 8500 for a 3 Days in Jaisalmer trip. So just check out my side of the story.

Wake Up Man Wake Up

“It was so cold in Delhi on 21 December” One day before we packed our bags with our essentials like Warm clothes, Hand Gloves, and a Muffler along with Mini Quilt, etc. Next-Day the early morning, I boarded the Ramnagar Jaisalmer Express (05314) at Delhi Railway Station. It departed at 04.30 a.m and reached Jaisalmer at about 11.00 pm the same day. It took almost 18 hours.. 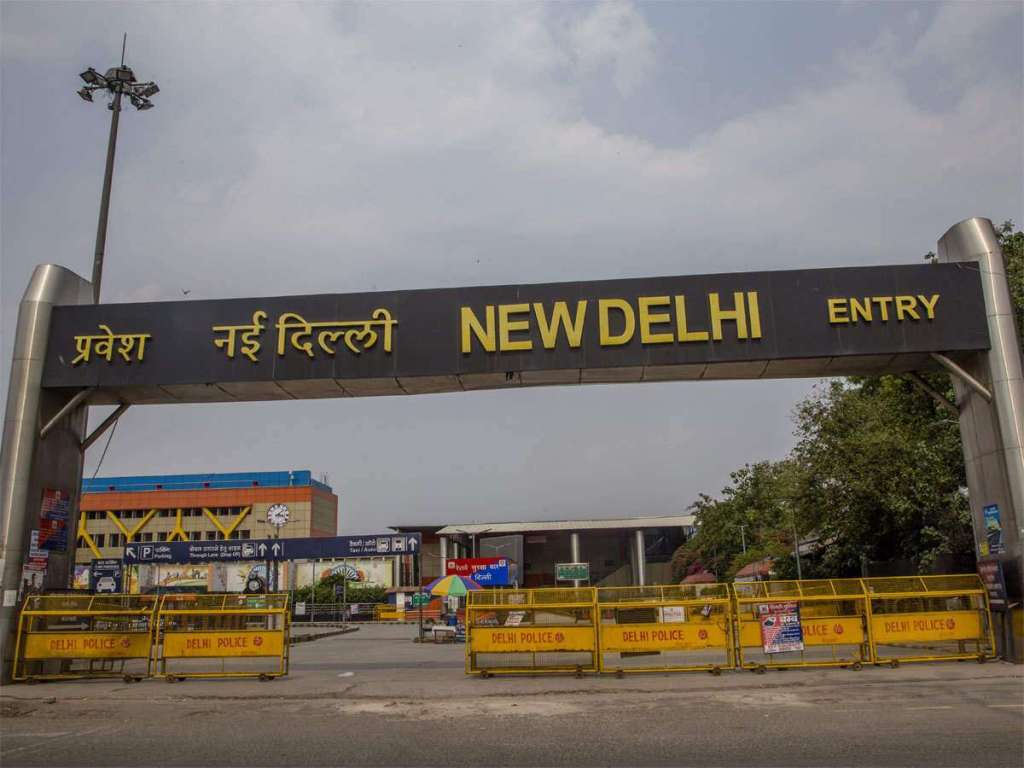 Where do we stay?

The train reaches late night In Jaisalmer at about 11 p.m. Our Cab driver Mr. Prakash picked us and drove towards our hotel, where we stayed at The Golden Haveli. The Hotel & Cab was pre-booked by SRM Holidays, as part of their tour package. The hotel was a top-class luxury hotel and its rooms had ethnic Rajasthani décor and felt like staying in a true Haveli. The hotel had every facility and their staff was most professional and polite. 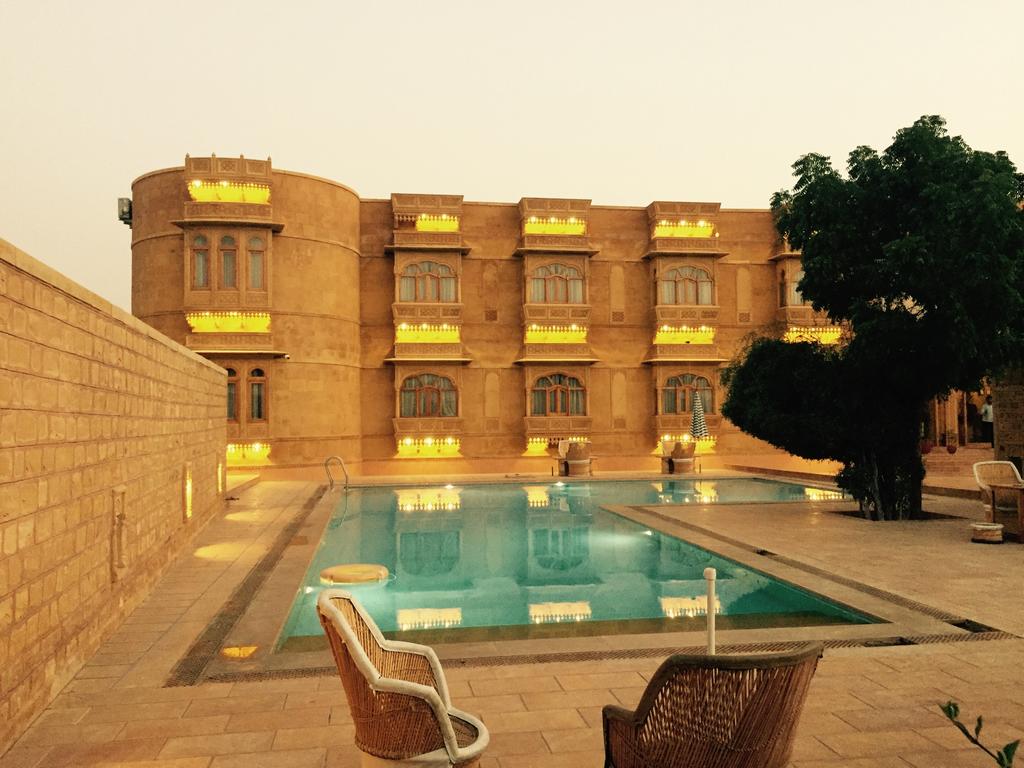 We woke up early in the morning, after having a healthy breakfast, we were so excited to start our day 1 tour. At about 9:30 A.m our Cab Driver Mr. Prakash wishes us “Khamma Ghani Sa” ( a Rajasthani traditional way to wish good morning). He was quite a humble and professional guy. Later In Jaisalmer, we visited its top attraction, the Jaisalmer Fort. I visited Patwon ki Haveli, Nathmal ki Haveli, and Salim Singh ki Haveli, which reminded me of the rich history of Jaisalmer. Bada Bagh impressed me with its spectacular architecture. Boating in Gadisar Lake was a scenic experience. I also visited the incredibly beautiful Vyas Chhatri.

We drove to visit Jaisalmer Fort also known as Golden Fort is one of the largest forts in India. It was stunned by its enormous size. There are colossal gates inside the fort, and temples and Havelis, where people still live. The fort is standing proudly in the middle of the unending golden sands of Thar Desert. Jaisalmer fort was Built-in 1156 by the Bhati Rajput ruler Jaisal, Jaisalmer Fort, situated on Meru Hill and named as Trikoot Garh has been the scene of many battles. Its massive sandstone walls are a tawny lion color during the day, turning to a magical honey-gold as the sunsets. The famous Indian film director Satyajit Roy wrote a detective novel and later turned it into a film − Sonar Kella (The Golden Fortress) which was based on this fort. We clicked some pictures here and enjoyed it a lot. 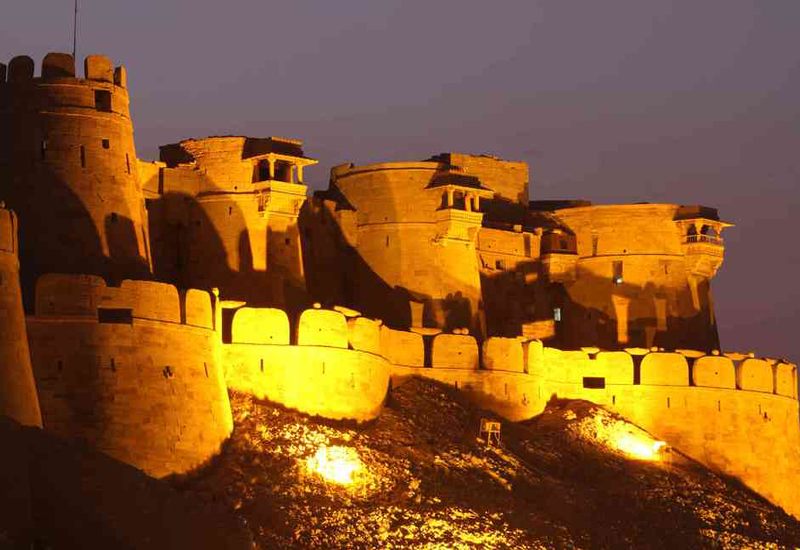 Later we Patwon Ki Haveli and Nathmal Ji Ki Haveli are the most beautiful architectural marvels in the city. The haveli complex was built very beautifully. This haveli was built by an affluent jeweler and businessman. One of the haveli serves as a museum and a shop with antique furniture and goods .The haveli has been beautifully conserved over the centuries. The haveli conserves the majesty and the prosperity with which it was built. 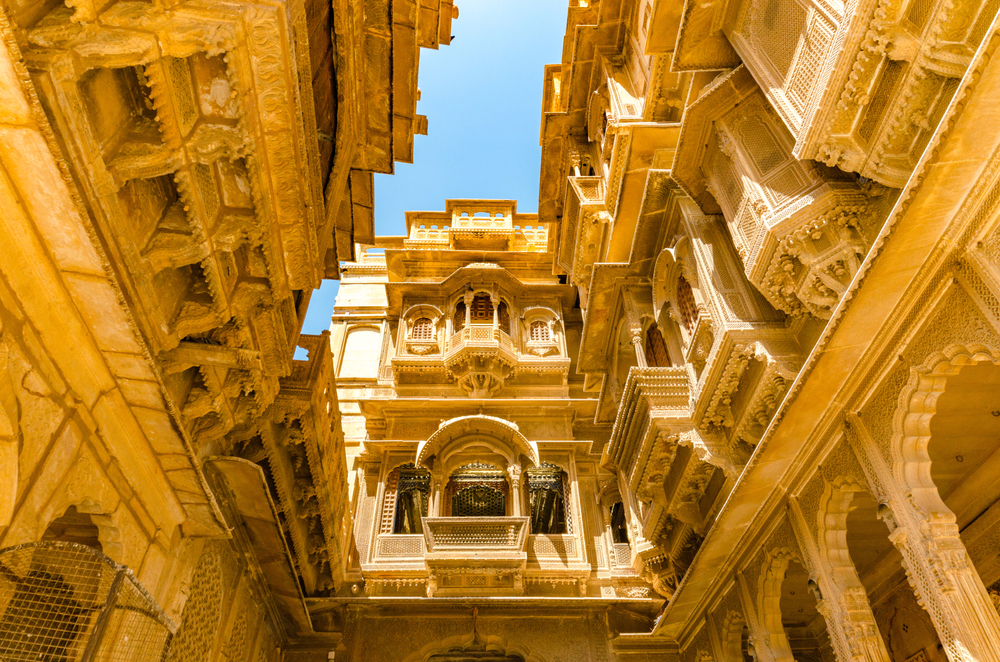 After visiting Havelis we drive to have lunch at your favorite cuisine Restaurant. In Jaisalmer, there are many multi-cuisine restaurants (Lunch will be on a direct payment basis.) 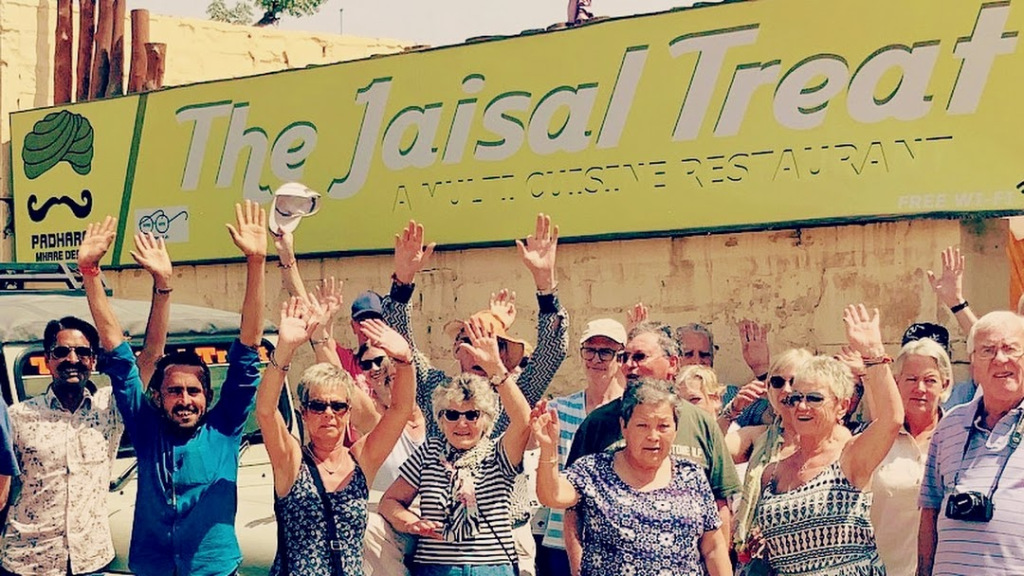 Later we drove to visit the haunted village Kuldhara. Some 300 years ago, it used to be a prosperous village of Brahmins under the Jaisalmer State. According to the legend, the evil eyes of Salim Singh, the powerful and dissipated prime minister of the state, fell on the daughter of the village head and he desired to marry her by force. He threatened the village with grave consequences if they did not adhere to his wish. Instead of submitting to the order of the tyrant, the brahmins held a council, and people of 85 villages left their ancestral homes and vanished. Before leaving, they put a curse on Kuldhara that no one will ever be able to settle in their village thereafter. To date, the village remains barren; left almost the same as its inhabitants had left it centuries ago. It is also said that people who have tried to stay there at night have been chased away by strange paranormal phenomena. 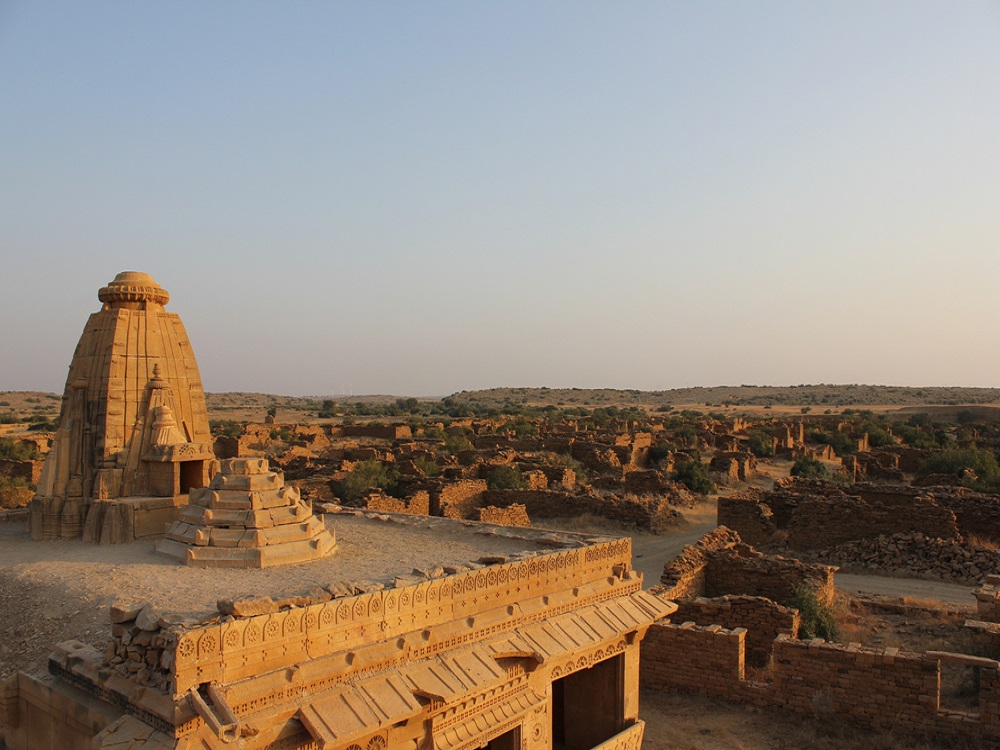 The time was approx 6 p.m. We told our driver to take us to our hotel, for today that’s it only. We were tired and could no longer go anywhere. After reaching the hotel, we both freshened up and went to bed to relax. Lately, at 8:30 p.m, we had dinner and then slept overnight in Hotel.

Longewala  Border & War museum: I saw actual battle tanks and weapons used in the 1971 war with Pakistan. The most remembered Indo-Pak war of 1971 was fought here where the latter faced a brutal defeat. Just once, for the sake of our fallen heroes and for the pride of India that you hold, do visit Longewala War Memorial.

Tanot Mata Temple: According to History this revered temple is an incarnation of Goddess Hinglaj Mata.  There are many religious monuments that are world-famous and there are many people who visit these temples every year. These temples are not only of religious significance but also are of historical importance. According to some facts, during the war between Indo-Pak, Pakistani Soldiers made several attempts to destroy the Temple by dropping bombs but they were not successful in doing so. 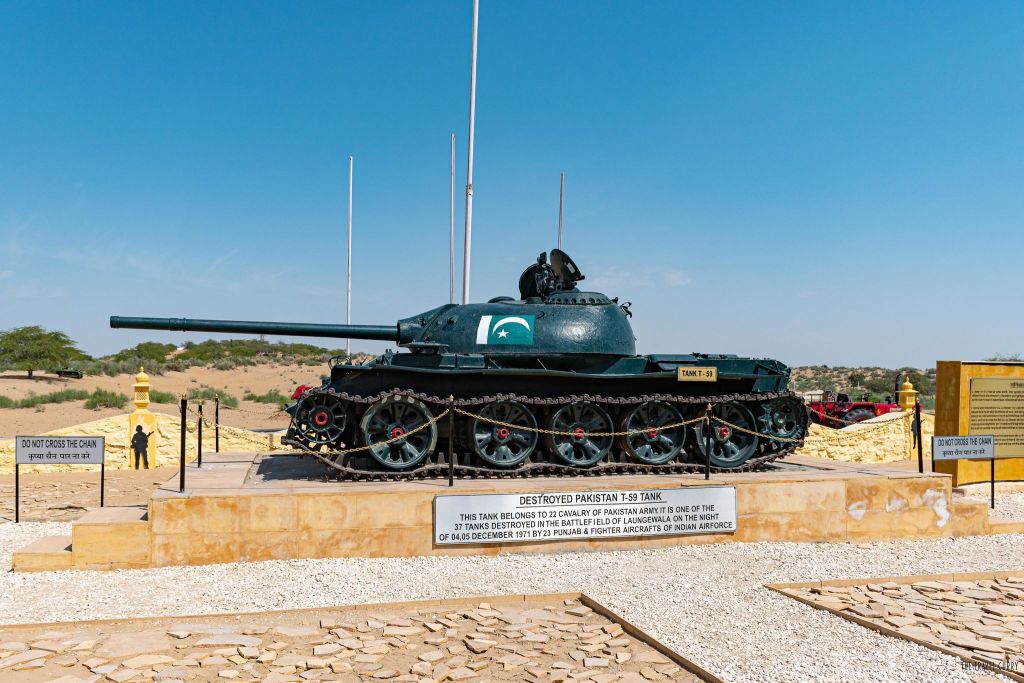 After visiting these two attractions we drove to Jaisalmer city & had Lunch at Suryagarh Fort Restaurant. The food had many options from Indian and Asian cuisine. The ambiance and décor were simply outstanding. We ordered a famous Rajsthani Thali. The food was good & had a mouth-watering taste. 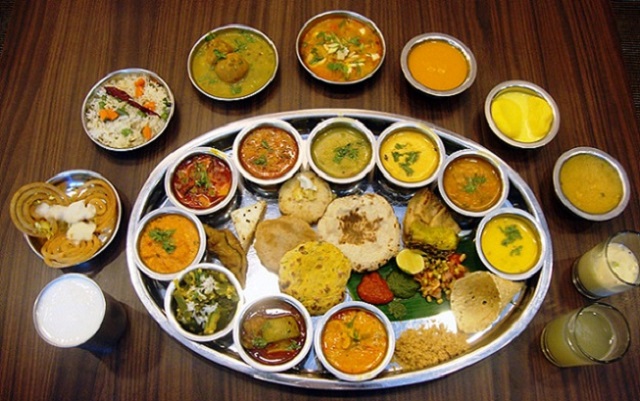 After lunch, we drove to Sam dunes which is a 30 minutes drive from the hotel.  After arriving in the desert area. Our Dessert camp was included in this Jaisalmer tour package which we booked from the SRM holidays. They offered us a welcome drink with dhol and Rajasthani turban. Later we Proceed for Camel Safari and take an opportunity to enjoy life in the shimmering glory of the desert sand and explore the life and majesty of Rajasthan and enthrall the desert scape. 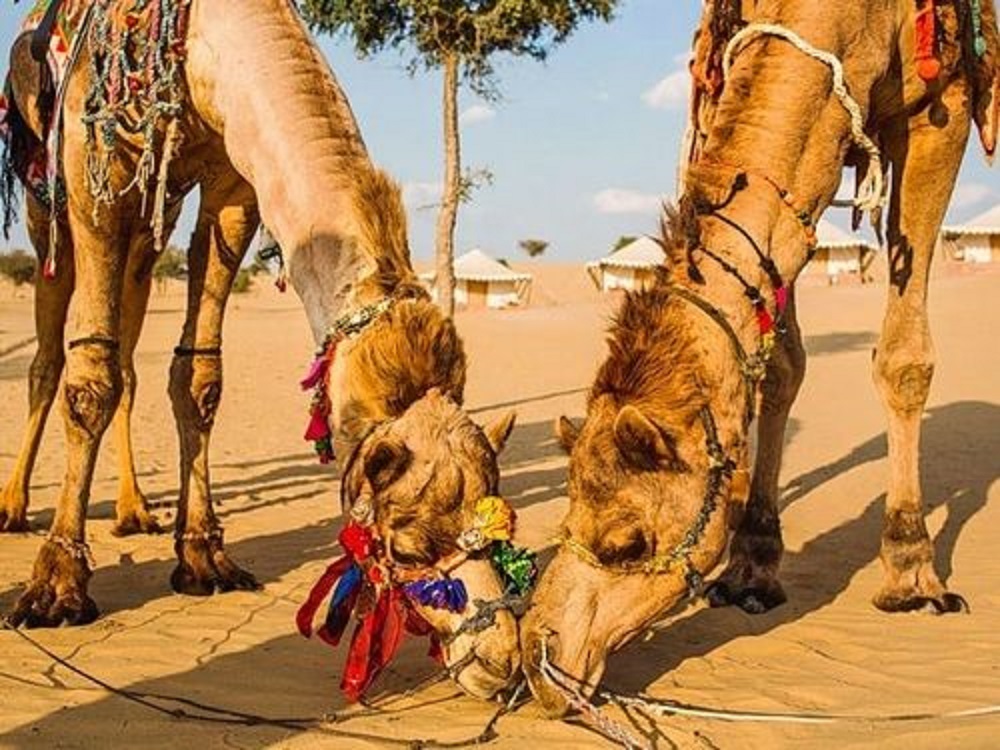 Late Night we Stayed in Camp. By the Next Morning, our Cab Driver Mr. Prakash dropped us back to Jaisalmer Railway Station. From there we had to catch our train. We gave him INR 1500 for his best service & efforts to make our Holiday Memorable.

Jaisalmer Camel Safari: Take The View Through Another Way